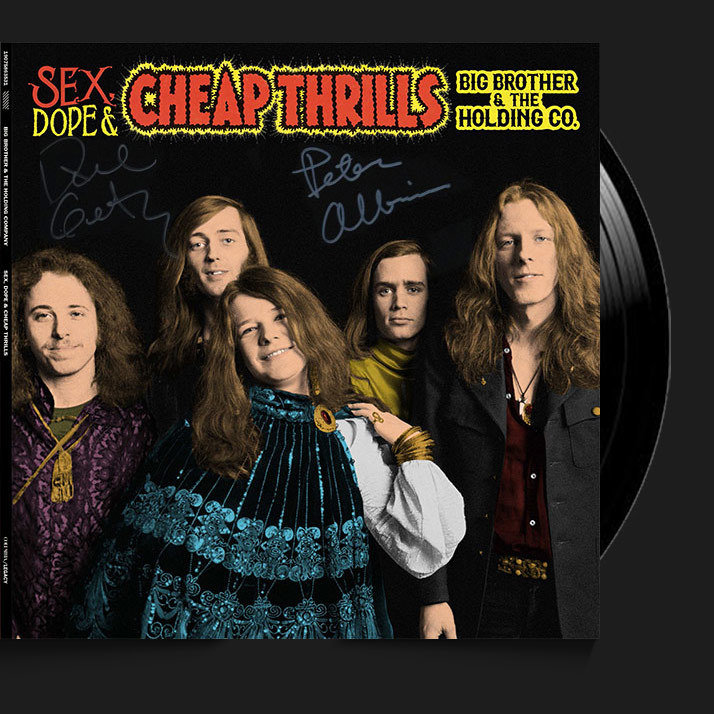 Released at last under its original title (nixed by the label as too controversial a half century ago), Sex, Dope & Cheap Thrills restores the band's vision and intent in an essential new collection of 30 rare performances including 29 studio outtakes (25 previously unreleased)* from the mythic 1968 sessions that generated Big Brother & The Holding Company's Cheap Thrills, the breakout album that introduced Janis Joplin to the world. Sex, Dope & Cheap Thrills debuts a previously unre-leased live performance of "Ball and Chain," recorded live at Winterland Ballroom on April 12, 1968. Includes liner notes penned especially for this commemorative release by Jefferson Airplane front-woman Grace Slick and Big Brother & The Holding Company drum-mer David Getz. Pressed on standard black 140 gram vinyl.

All tracks previously unreleased except*

This is a pre-order and will ship in line with the release date. Orders are not part shipped so if you wish to order other items which you’d like to be dispatched straight away please place a separate order.

Save this product for later

twitterfacebookinstagramemail
© BIG BROTHER AND THE HOLDING COMPANY | 2018 | All Rights Reserved.
Back To Top